Plant a tree in memory of Sara
An environmentally-friendly option 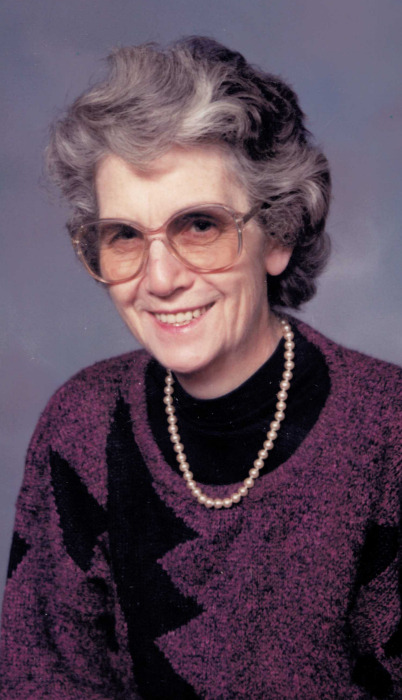 Sally was a 1946 graduate of Townville High School.  She worked as a machine operator for Mercer Spring and Wire Company, Townville and subsequently as a custodian at Maplewood High School for 15 years, retiring in 1993,

Sally was a member and former Sunday School teacher of the United Evangelical Free Church of Guys Mills.  She was a certified READ tutor for the Crawford County READ program.  She enjoyed gardening, sewing, reading and crafts and was active with a seniors group in Guys Mills.

In addition to her parents and husbands, she was preceded in death by a daughter, Lois Flagg; a son, Dan Davison; two granddaughters, Maria Davison and Jean Flagg; two brothers, Charles and Bruce Flagg; and a sister, Irene Kane.

Services are private with interment in Kingsley Cemetery, Townville.

The arrangements have been entrusted to the ROBERT W. WAID FUNERAL HOME, 581 CHESTNUT ST., MEADVILLE where memories and condolences may be shared at www.waidfuneralhome.net

Plant a tree in memory of Sara by clicking here.
To send flowers to Sara's family, please visit our floral store.

Plant a tree in memory of Sara
An environmentally-friendly option

Plant a tree in memory of Sara

1 tree planted in memory of Sara

I am so sorry for your loss, she was a special lady.

Sally was such a sweet person. She was so kind to everyone she came in contact with. I would always sit with her in church when I lived in Guys Mills. Sally would send me Christmas cards every year and we had many long talks on the phone. I will miss Sally alot she touched so many people in her life. Good bless. My prayers and thoughts are with her family and friends.

Sally was a very special and talented person.  I'm sure all who knew her agree.

She was a wonderful Christian creative woman whom I greatly admired.

Plant a tree in memory of Sara